The Academy of Country Music is a professional development initiative of the Australian Country Music Association.  Since 1997, The Academy has mentored, supported and contributed to the careers of hundreds of young performers from every corner of Australia and New Zealand.

The Academy started out as The CMAA College of Country Music and later as The CMAA Academy of Country Music.   It now offers two intensive residential courses each year (Senior and Junior) led by award-winning Australian country music professionals and industry leaders, plus our additional online programs ‘Academy X’.  Residential courses are held in Tamworth during January (Senior) and July (Junior).

Our Alumni of past students

These contemporary stars of Australian music have forged viable careers in the country music industry, featuring in major talent events such as Toyota Starmaker, Australian Idol, X Factor and The Voice.  Most have recording careers with national and international success and regularly chart in the country music streaming platforms playlists and album charts.  Many feature in the coveted Australian Country Music Awards as Golden Guitar winners or finalists.

Is The Academy for you?

The Academy offers each student the opportunity to create a successful career by connecting with professional mentors, leaders, songwriters, producers, artists, peers and career builders.

Choose the course right for you 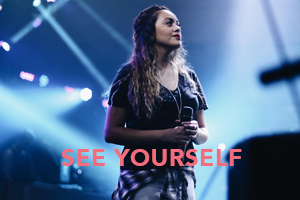 Due to current restrictions impacting numbers, the Senior course is being held over until 2023.  A Senior Song Camp is being held in its place from 14 – 18 April 2022.  Please check our ‘Programs’ page for more info.

The senior course is a 10 day residential singer/performer/songwriter course for students aged 18 years and over. 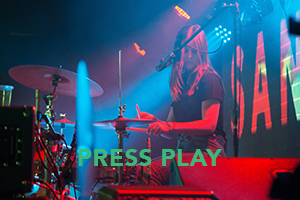 Due to current restrictions impacting numbers, the Senior course will not be held in 2022. 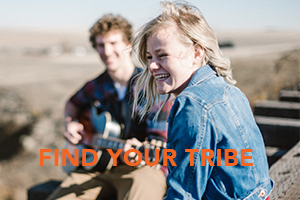 Due to the ongoing pandemic and risk of cancellations, the Junior course will not be held in 2022.  A Junior Song Camp will be held in its place, from 3 – 6 July 2022.  Please check our ‘Programs’ page for more info.

The next Junior residential course will be held in Tamworth NSW during the July 2023 school holidays (pending Covid restrictions).

The Junior course is a 7 day residential singer/songwriter or instrumental course for students 17 years and under accompanied by a parent or guardian.

What you need to know

Whether you’re a singer, songwriter or instrumentalist at any age or skill level, if you’re committed to a career in Australian country music, you will benefit by taking part in The Academy.

The Academy course includes all accommodation, meals and tuition for one student for 10 days (Senior) and for one student and accompanying parent/guardian for 7 days (Junior).  Workshops, mentoring, one-on-one songwriting, career building and performances are all under the leadership of award-winning country music professionals and industry leaders.

The Academy is unique

The Academy is the premier programme for talented, emerging artists in Australia.  There is a very long list of successful music artists who owe some of their success to their time at The Academy.

The music industry in Australia today presents a huge range of career opportunities for artists, songwriters and musicians.  The Academy can help you find pathways and stepping stones to a career from your very early beginnings to your full-blown career on stage.  Attending The Academy and creating relationships within the industry is the ideal way to get your career moving forward.

With over 1000 graduates from The Academy courses, there are countless graduates who are now successful performers, songwriters and musicians in country music and other genres .  One of the features of attending The Academy is the bond of friendship that is created between the students, and with the support staff.  The phrase “friends for life” is very true.

Find the Authentic ‘You’

Connect with professional performers and career builders to find your brand and the essence of who you are as a performer.  Through mentoring, guidance, inspiration, one-on-one songwriting and intense collaboration, you will find in yourself the authentic performer who can create a stellar career.

You will have 25 plus performers and musicians to bounce ideas off, inspire and collaborate with.  You will make lifelong friends and have your own support group throughout your career.

With the career building, songwriting, performances and mentorship available, you’ll feel that a career is not only possible, but within your grasp.

The Academy delivers separate Senior and Junior courses based on your age.  The Senior Academy is designed for adult students who are over 18, for an intensive ten day residential course, while the seven day Junior Academy is open to students aged under 18 years and accompanied by a parent or guardian.  Both the student and the parent/guardian receive their own comprehensive course.

Successful applicants are required to travel to the venue in Tamworth at their own expense and participation will be subject to a course fee, which includes accommodation, meals and all tuition.

At The Academy, we implement the National Principles for Child Safety

View our Child Safety Policy and Code of Conduct