Featuring the superstars and leaders of the country music industry as keynote speakers, panellists, group leaders and mentors. 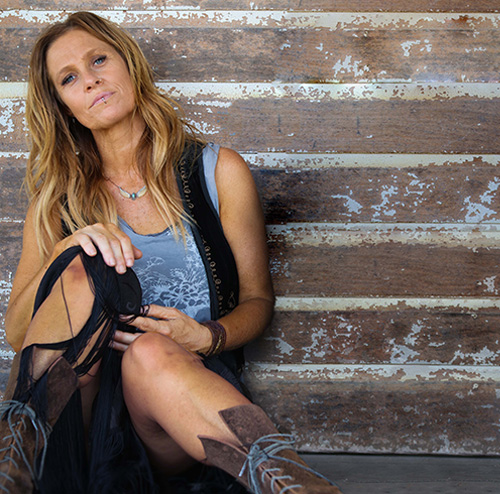 Music seems to be a part of Kasey Chambers DNA, with 12 award winning albums under her belt since the release of The Captain in 1999, Kasey’s brilliant songwriting and world-class performance have earned her a rightful position on the global country artist stage.
Often described as a genre-defying singer and songwriter, she wears the honesty of country music on her sleeve, and has become one of the most popular and acclaimed artists of her generation in Australia while winning a devoted cult following in the rest of the world.
In 2018 Kasey’s exceptional career was honoured by being the youngest female ever to be inducted into the ARIA Hall of Fame.

Performer Series #2 Sunday @ 10:15am How to remain authentic in an often in-authentic industry 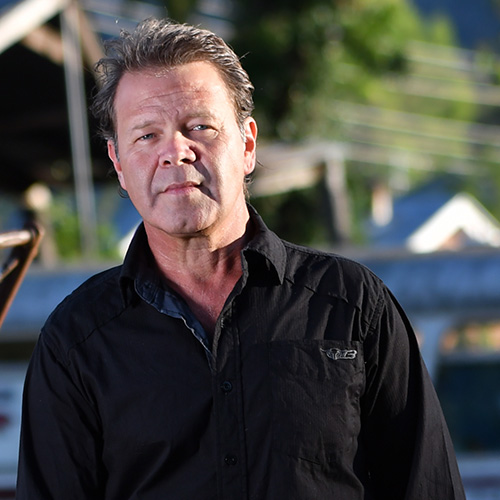 Troy Cassar-Daley has released 10 studio albums throughout his thirty years of making music. Troy has been awarded numerous accolades including 37 Golden Guitars, 4 ARIAs, 3 APRA Song of the Year awards, 9 Deadlys (Australian Indigenous Artist Awards), 4 CMAA Entertainer of the Year awards plus 2 NIMAs (National Indigenous Music Awards).  In 2017 Troy was honoured as the 50th inductee into the prestigious Australasian Roll Of Renown.  He has had numerous gold and platinum albums and achieved a staggering 32 #1 chart singles. His songs have been the soundtrack to the everyday triumphs, struggles and good times for Australians from our small towns to the big cities.

Songwriter Series #1 Saturday @ 10:00am  How to write a great country song 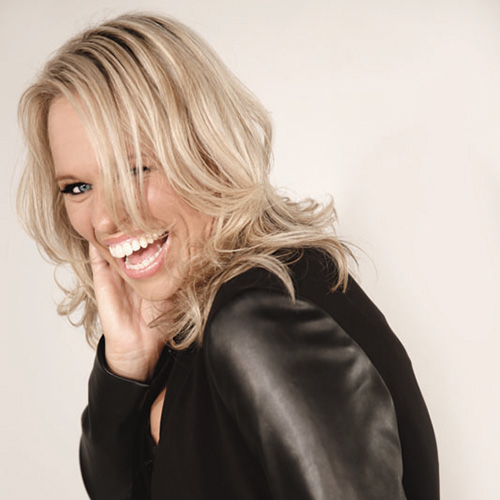 For over 25 years, Beccy Cole has been delighting Australian music fans with her unique brand of true entertainment. With eleven Golden Guitars to her name (including five for Female Artist of the Year) as well as multiple ARIA Top 10 Country and Top 40 Mainstream albums, a Top 10 DVD, three gold-certified releases, and more than a dozen #1 Australian country singles, Beccy Cole is one of Australia’s most successful singer-songwriters. Beccy Cole is the real deal, a working mother, a comedienne, an author, a passionate supporter of and member the LGBT community and as honest, funny and genuine in real life as she comes across on stage.

Performer Series #1 Saturday @ 2:45pm  How do I become a great performer? 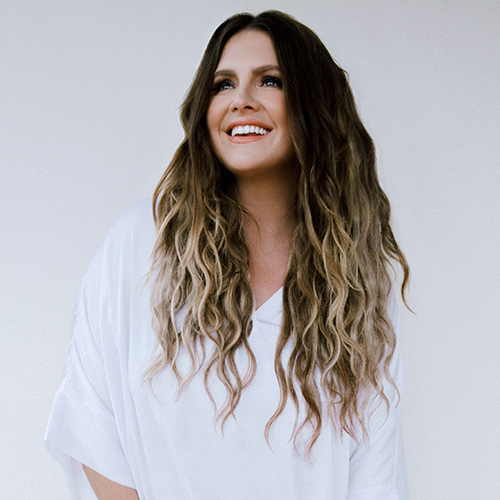 As one third of Australia’s most celebrated country group, The McClymonts, Brooke has sold over 250,000 albums, won thirteen Golden Guitar Awards, two ARIA Awards and was awarded the CMA Global Artist of the Year. The McClymonts released their latest album ‘Mayhem to Madness’ in June 2020, debuting at #3 on the ARIA Album chart and #1 on the ARIA Country Album chart and delivering their eighteenth #1 Country airplay single. Brooke also released the acclaimed duo album, ‘Adam & Brooke’ with her husband, Adam Eckersley, in 2018 which debuted at #1 on the ARIA Country Album chart and the subsequent tour took them around Australia and to the UK. 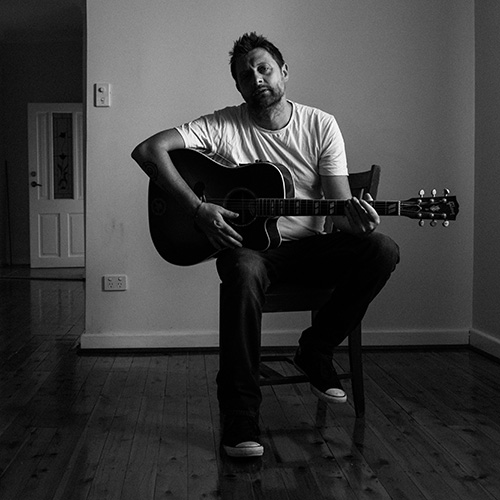 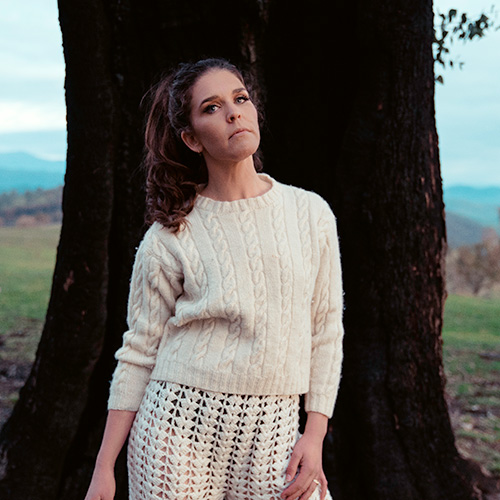 Hailing from Tooma in the Snowy Mountains of Australia, Lumsden has racked up three ARIA nominated albums, three ARIA chart-topping albums, three Golden Guitar awards, an AIR award, a CMC award, her own Record Label ‘Red Dirt Road Records’ and, along with her husband and business partner, Dan Stanley Freeman, created their own hugely successful touring brand, the ‘Country Halls Tour’, which is no small feat for a self-managed artist.

Business Series #3 Saturday @ 1:30pm  How to pitch for festivals and gigs in a post-Covid world 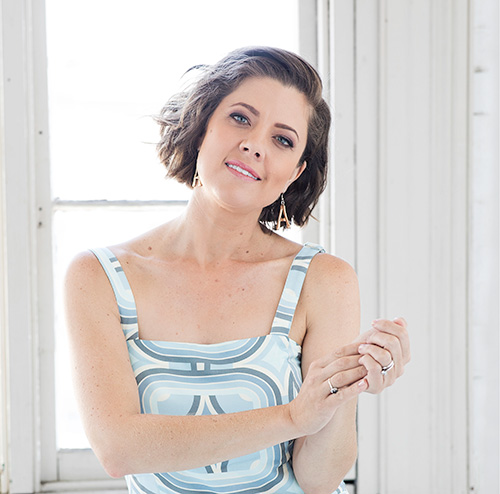 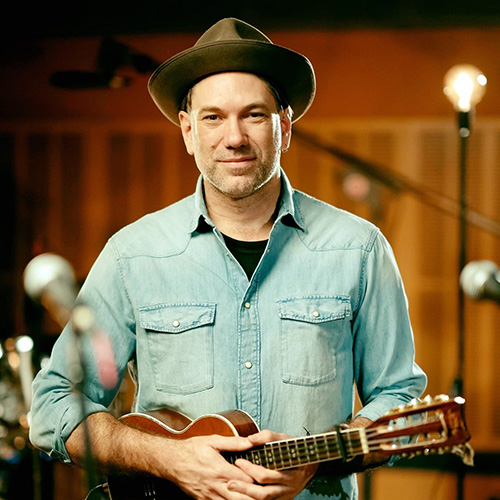 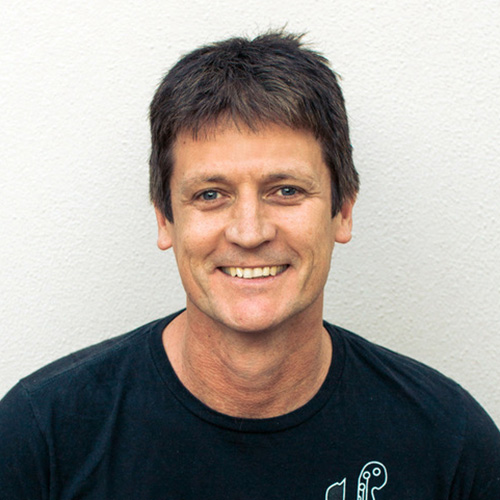 Simon Johnson is a well-respected and highly sought after Producer/Musician in the Australian Country Music industry. For over 20 years he has toured Australia and overseas as a bass guitarist for a wide range of high profile artists. As director and owner of Hillbilly Hut Recording Studio, Simon aims to raise the standards of the industry with his fresh, innovative approach; delivering high quality, professional recordings that are second to none. 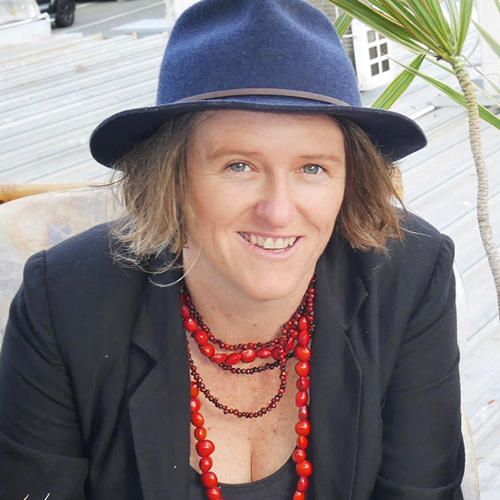 Julz Parker, best known as one of Australia’s most creative guitar players, has spent the past 12 years touring the world with her indie folk/blues band Hussy Hicks. A true musical troubadour, Parker seems to regularly stumble upon like-minded talented musicians with whom to collaborate on a variety of creative undertakings. In the studio world, Julz has production credits on several award winning albums.  She has worked in the legendary studio Muscle Shoals Sound producing Kristy Lee’s 2012 release ‘Raise The Dead’ and in Mobile Alabama’s H20 Studio co-producing Hussy Hicks 2016 release ‘Lucky Joe’s Wine’ with legendary Alabama Music Hall of Fame member Rick Hirsch. 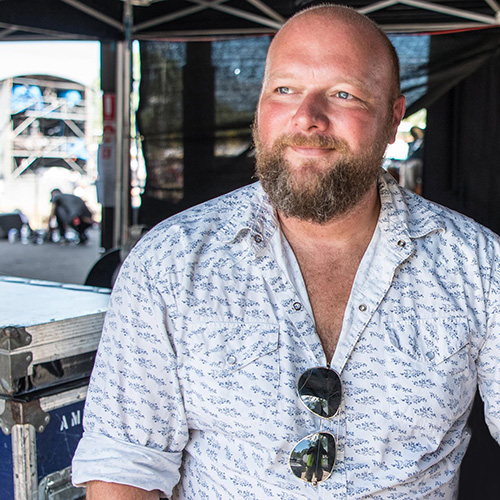 Dan Biddle’s artist management roster includes The McClymonts, Adam Eckersley & Brooke McClymont, Adam Eckersley Band and McAlister Kemp. He has held the roles of Chair of the CMAA since 2018 and Associate Producer of the Golden Guitar Awards since 2016. Since launching his artist management business in 2014, he has overseen the release of seven #1 ARIA Country Album chart albums and managed tours that have sold in excess of seventy thousand tickets. Dan kicked off his music industry career in 1998 with various positions at BMG, Universal Music and Sony Music, where he managed releases by Midnight Oil, Hoodoo Gurus and Tommy Emmanuel, amongst many others. 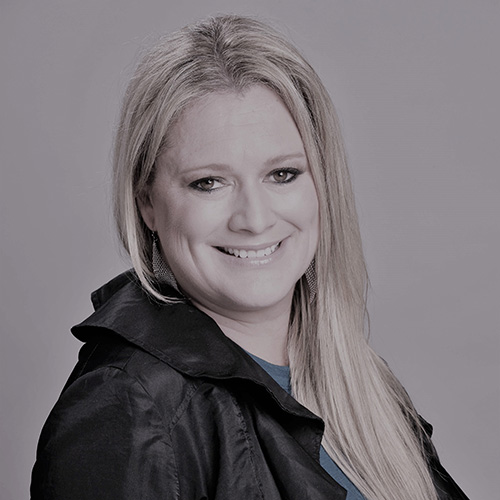 Natalie Waller has worked at ABC Music, the leading domestic country label in Australia, for over 22 years in various roles, and has been head of the label for eight years. Working closely with the country community, including promoters, managers and the wider industry, Natalie is committed to country music and is currently the Chair of the Australian CMA Task Force, Vice Chair of the CMAA Board and a director on the ARIA Board. She was recently delighted to oversee the Rob Potts Scholarship Program; a great honour, having been guided in her career by the late Rob Potts for many years, and been lucky enough to call him a friend. 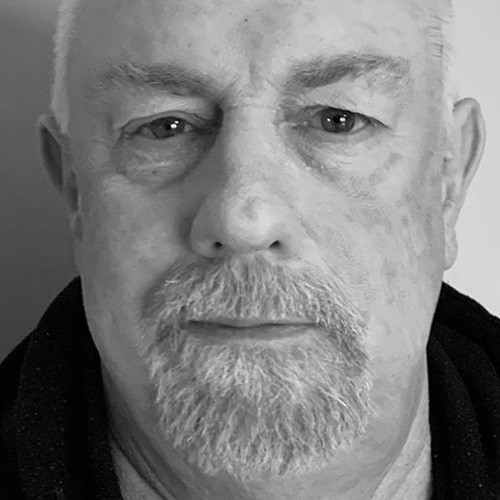 Business Series #3 Saturday @ 1:30pm  How do I pitch for festivals and gigs? 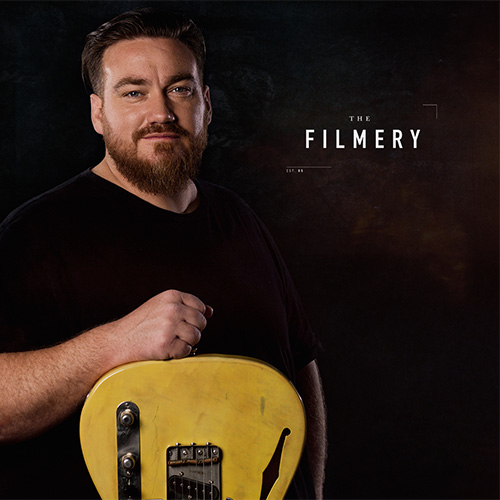 Hooked from the first moment of video editing, Duncan has always been captivated by the incredible connection between music and film. Inspired by the marriage of these two mediums, Duncan has proved his understanding of their powerful relationship time and again winning a total of 7 Golden Guitars for Music Video Director of the Year. His creative ideas for visual story telling has seen him rise to the very top of Australian Video Directors. 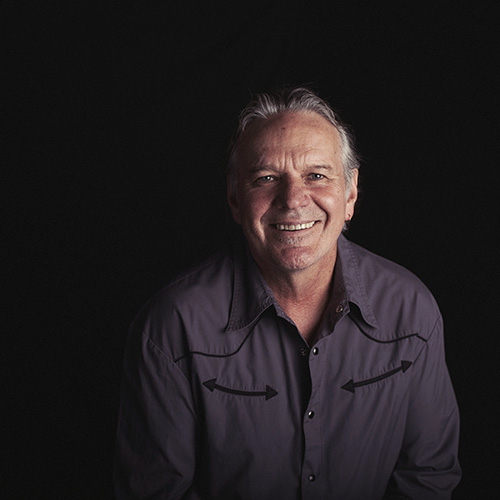 Kevin Bennett, well respected singer/songwriter with Sydney roots band The Flood, CMAA Golden Guitar winner and ARIA nominee in 2006 (with The Flood for Best Group) and 2011 (with Kasey Chambers for Vocal Collaboration), writes relevant, contemporary Australian music containing elements of blues, rock and country-telling stories of where he’s from and where he might be going. He sings his life.

Moderator Saturday @ 10:00am with Troy Cassar-Daley, How to write a great country song 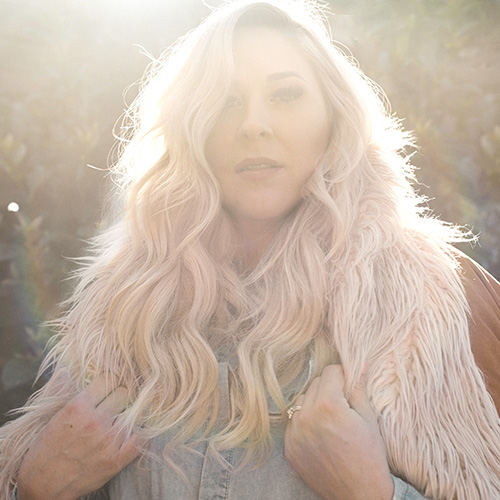 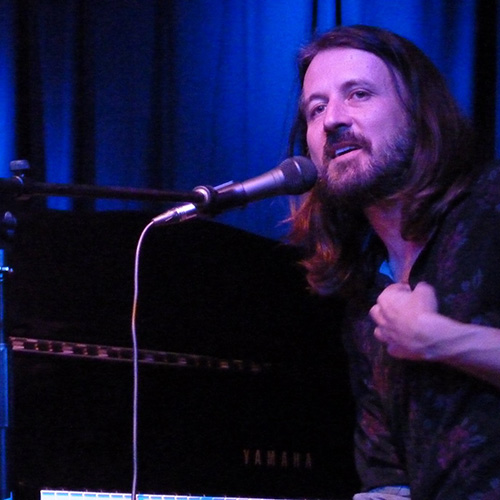 Lachlan Bryan is an artist, songwriter and record producer from Melbourne. He and his band ‘The Wildes’ have trail-blazed the Americana and Alt Country scenes over the past decade, headlining festivals all over the world and building a loyal cult following. His songs are heard on all sorts of stations from Triple J to Kix FM and, during normal times, he spends almost all of his life on the road and in the studio. This year it’s been much more the latter.

Moderator Sunday @ 2:45pm with Shane Nicholson, How to write Americana and Alt Country 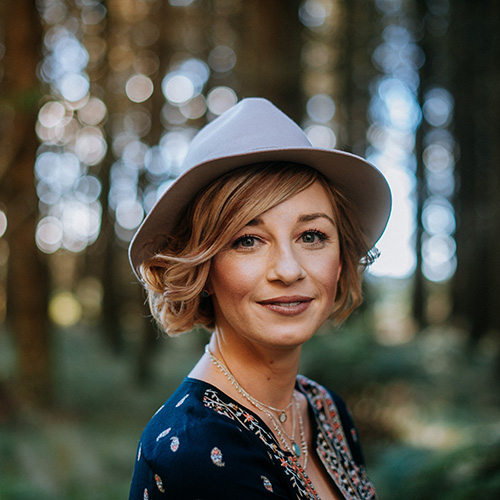 Welcome to Academy X
Saturday @ 9:35am 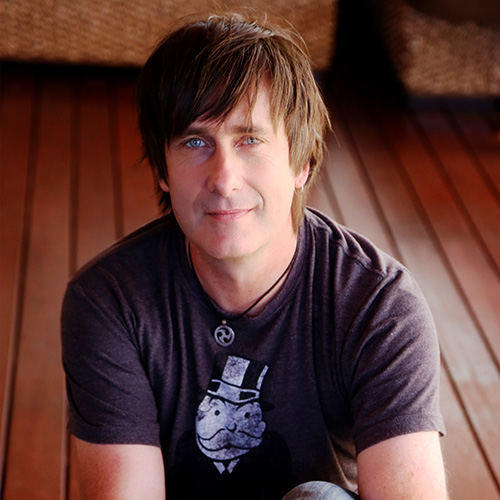 David Carter is one half of the highly successful duo Carter & Carter and the director of Crestway Productions, a production company providing media and career solutions for artists. With thirteen #1 National radio hits, a Golden Guitar, an APRA award, 14 Independent Country Music Awards, and many more accolades, they have created a blueprint for independent artists to not only achieve a successful career but a sustainable one as well. David has been part of the CMAA Academy for over 10 years having been a team leader in both Junior and Senior courses. 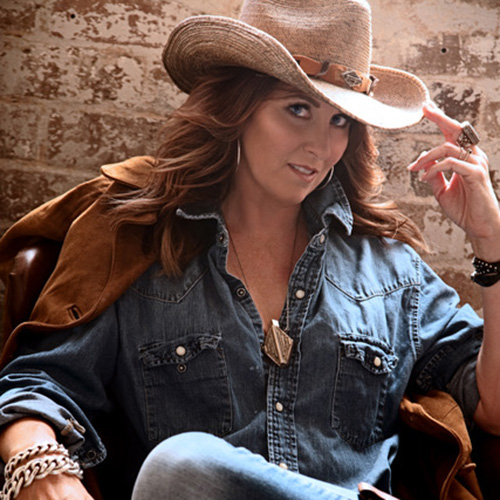 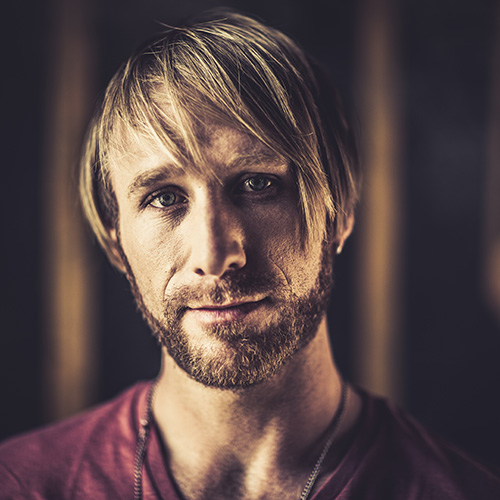 Mickey Pye is the 2015 winner of Toyota Star Maker. He released his debut album Unleashed at the Gympie Muster in 2015 which peaked at #2 on the Australian Country ARIA Charts with the first single When She’s Drinkin’ debuting at #1 on the iTunes country charts. The album scored two Golden Guitar Nominations for ‘Instrumental of the Year’ and ‘Best New Talent’. Mickey was again nominated for a Golden Guitar in the 2017 awards for ‘Instrumental of the Year’ with Buckle Up. He was a Golden Guitar finalist again in 2018 with Porch Pickin’ and 2020 with Bridle Track. 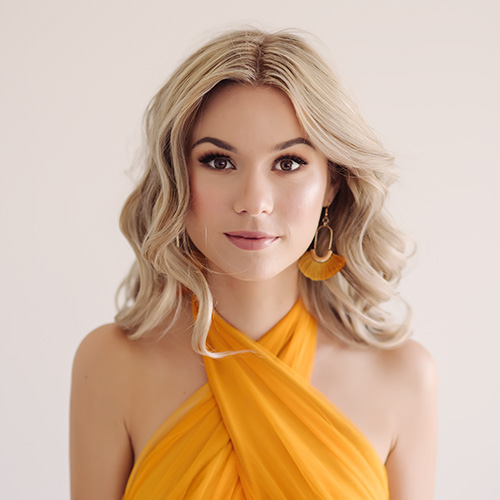 A finalist in the sixth season of The ‘X Factor’ Australia, Caitlyn went on to secure a recording deal with ABC MUSIC and release her debut album, Songs On My Sleeve (May 2017). Upon release, the album hit #1 on the ARIA Country Album chart. The first single, ‘My Break Up Anthem’, held the #1 National Country Airplay Chart for over 8 consecutive weeks and became the 2nd most played song on Country Radio (held out of the top spot by Sam Hunt’s monster hit ‘Body Like A Backroad’). Caitlyn was recognised for her achievements by winning the CMC Award for Best New Artist, along with a nomination for Female Artist of the Year. 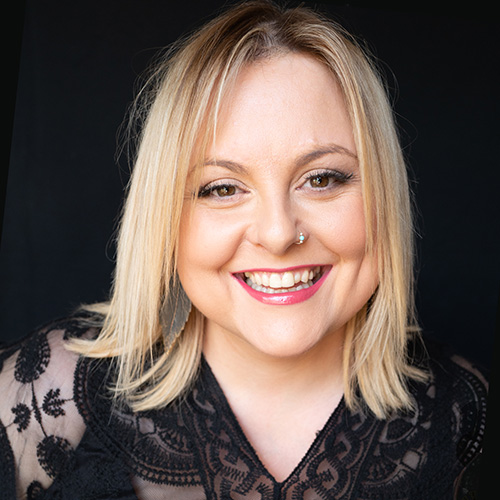 Lyn has been involved with The Academy as a student since its inception in 1997, but has been in the role of Artistic Director of The Academy since 2016. Since winning Toyota Starmaker in 1997, Lyn has honed her skills as a songwriter and singer which were subsequently recognised when her Country Pop trio Bella was awarded the Golden Guitar – the country music industry’s highest accolade, for Best Group in 2004 and again in 2005. Since then she has released critically acclaimed albums, winning Alternative Album of the Year at the Country Music Awards of Australia in 2015 and Golden Guitars for Vocal Collaboration of the Year in 2017, 2019 and 2020, taking her Golden tally to nine.

Moderator Saturday @ 2:45pm with Beccy Cole, How do I become a great performer?

Moderator Sunday @ 10:15am with Kasey Chambers, How to remain authentic in an often in-authentic industry 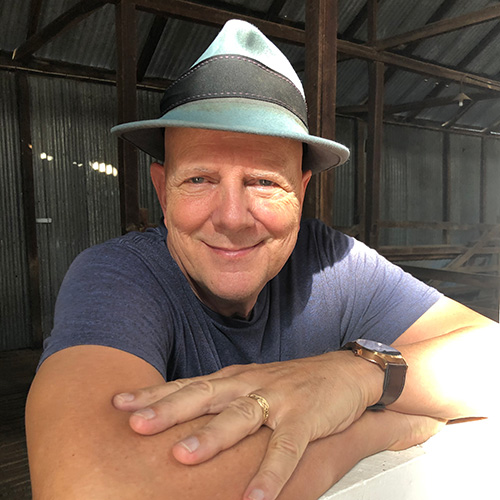 Roger Corbett is a singer/songwriter/musician and successful Independent music producer. In his Valley Studio, Roger has produced over 150 individual album projects, writing and co-writing many of the songs with the artists. As long-time member of the Australian band, The Bushwackers, Managing Director of The Academy and a multi-awarding winning Gold Guitarist, he continues to share the wealth of his knowledge with generations of Australian Country Music stars.

Moderator Saturday @ 11:15am with Matt Fell, Simon Johnson & Julz Parker, How to get the most out of studio recording 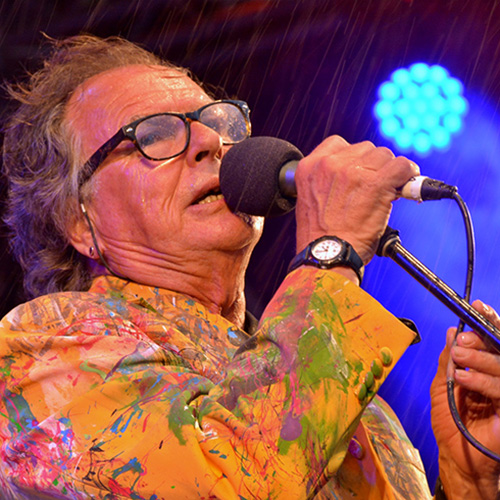 A music industry professional for 50 years, Dobe was a founding board member of the Country Music Association of Australia (CMAA) and is the current President.  He was instrumental in founding the College/Academy program in 1997. A singer, percussionist and songwriter, he is best known as the co-author of the iconic “I Am Australian” (written with Bruce Woodley) and as frontman for Australia’s pioneering, award-winning bush-rock band, The Bushwackers. In 2012, Dobe was awarded the Order of Australia Medal. A lecturer in music business for 25 years, his industry networks spread far beyond his performance activities. 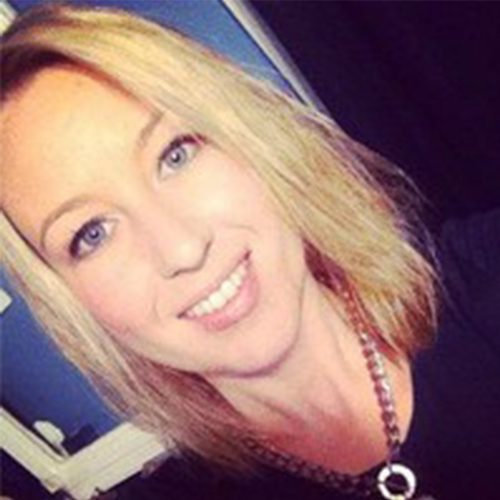 Moderator Saturday @ 1:30pm with Fanny Lumsden & Geoff Bell, How to pitch to festivals and gigs